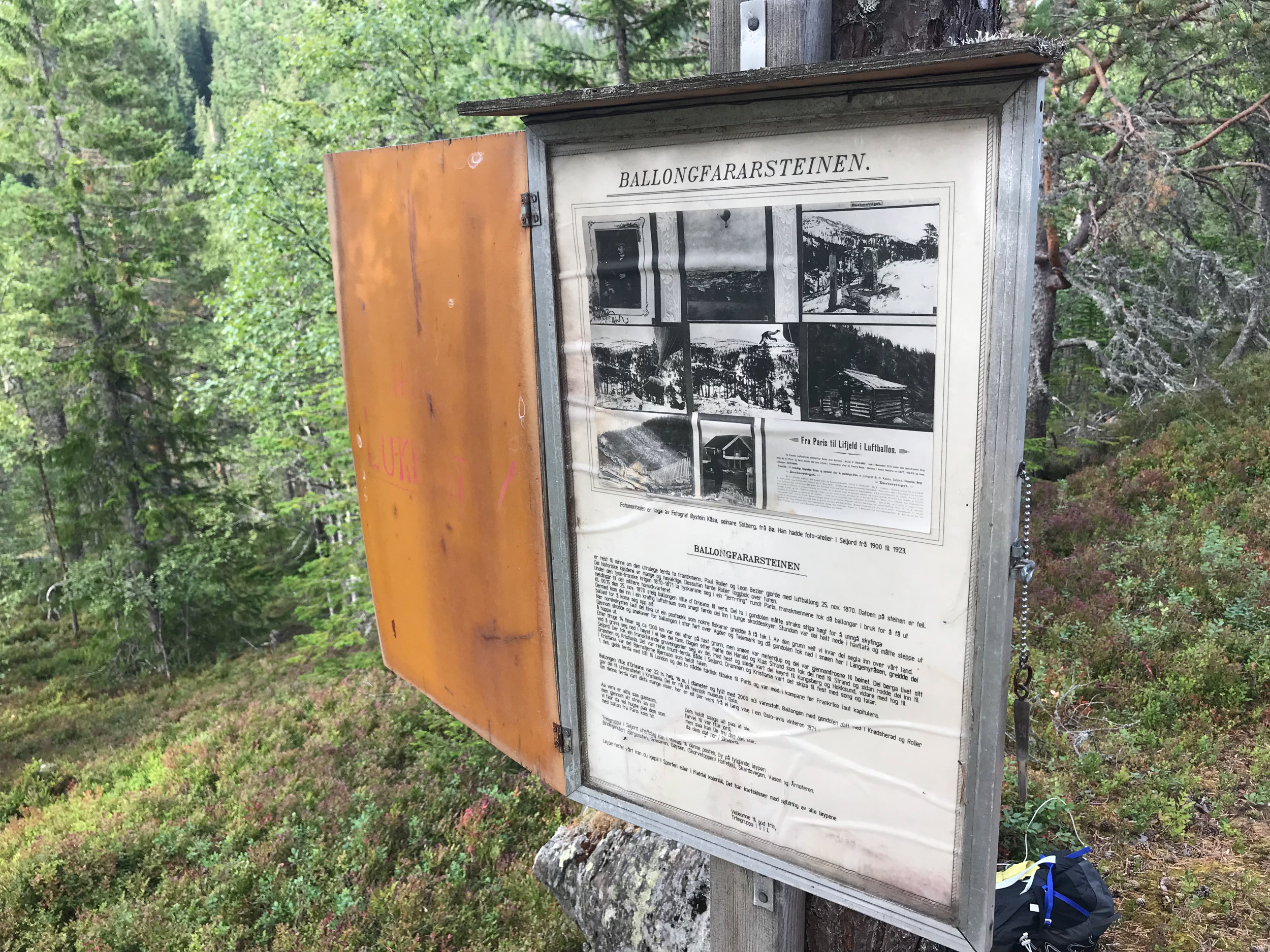 Ballongfararsteinen is set up on Lifjell in memory of two Frenchmen who came in the balloon from the besieged Paris all the way up to Lifjell in November 1870. A dramatic, long and cold journey from a war-threatened town, which ended at Lifjell above Strondegardane. Brothers Steve and Klas Beach localized the French men the morning after they had fallen down.

The event became known throughout the country and the French were celebrated as heroes during the journey from Seljord to Christiania. Gunnar Sveinsson has made ​​a local historical game with balloon voyage as a theme and Einar Østvedt has written the book "The first air journey across Norway."